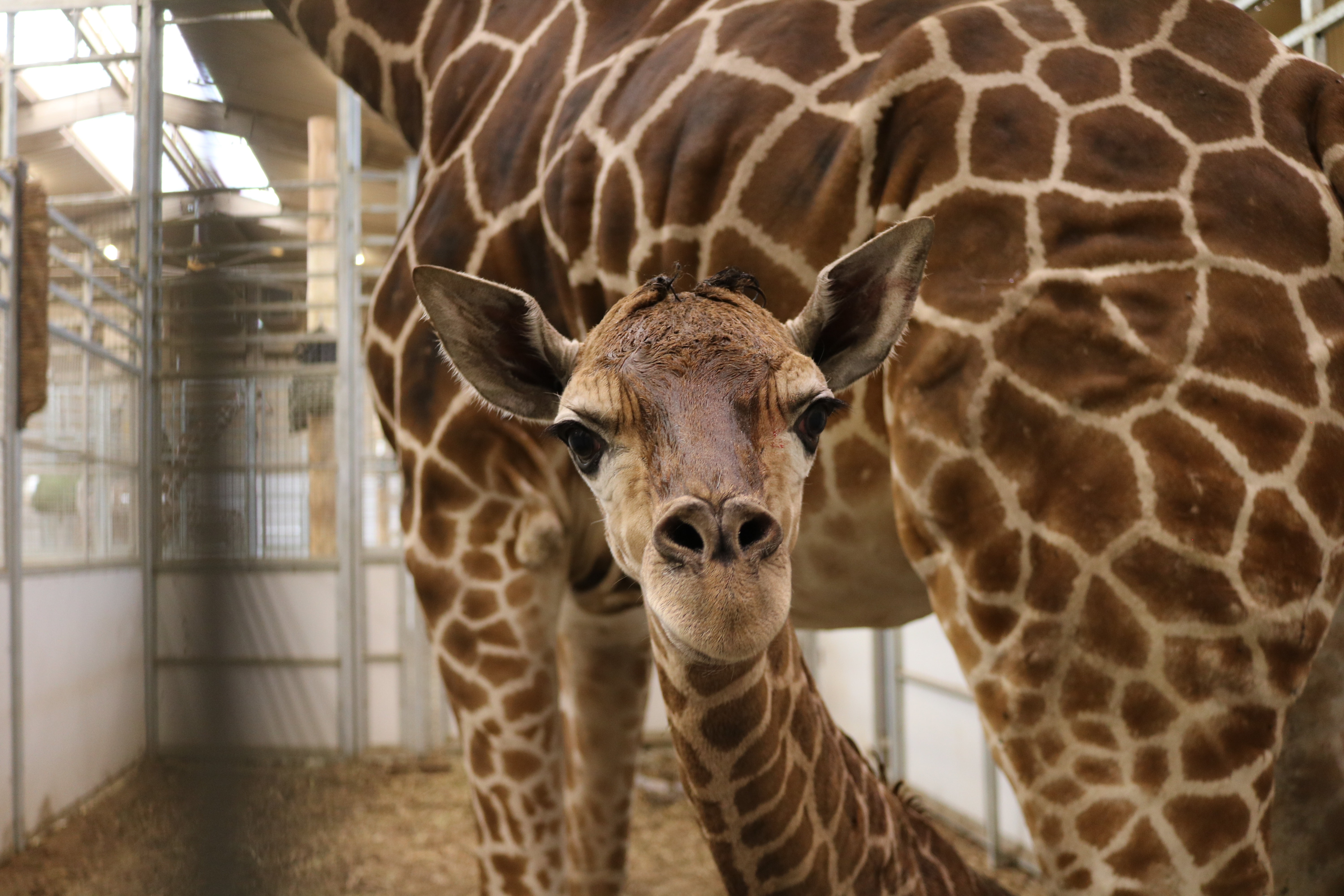 THIS CONTEST HAS ENDED!

Thank you for your submissions! A name for the calf will be announced on Friday, May 17. The information you provided for the contest will be used to contact you, only in the event your name was selected.

Average size: 14 - 19 feet
Average weight: 1,750 - 2,800 pounds
Medium life expectancy: 25 years
Range: North and northeastern Kenya, southern Somalia and southern Ethiopia
Giraffes are the tallest living land mammals.
They have the same number of neck bones as humans.
A giraffe heart weighs 25 pounds, which stacks up to about 50 human hearts. Their hearts are extra strong to pump blood throughout their bodies, especially to their brain.
Arch their necks to force air through their windpipes, creating very low frequency sounds.
Female giraffes have a gestation period of 15 months and give birth while standing.
Calves are born feet first and nurse for about four months. Then, the begin consuming solid food, such as hay and pelleted grain.
Calves grow at a rapid rate during their first year of life, gaining about three and a half to four pounds per day.
Reticulated giraffes are listed as endangered on the International Union for Conservation of Nature's Red List of Threatened Species. The population has witnessed about an 80 percent decline in the past 30 years.

Thank you for entering! Submissions will be accepted through Friday, May 10. The winning name will be announced online on Endangered Species Day - Friday, May 17. 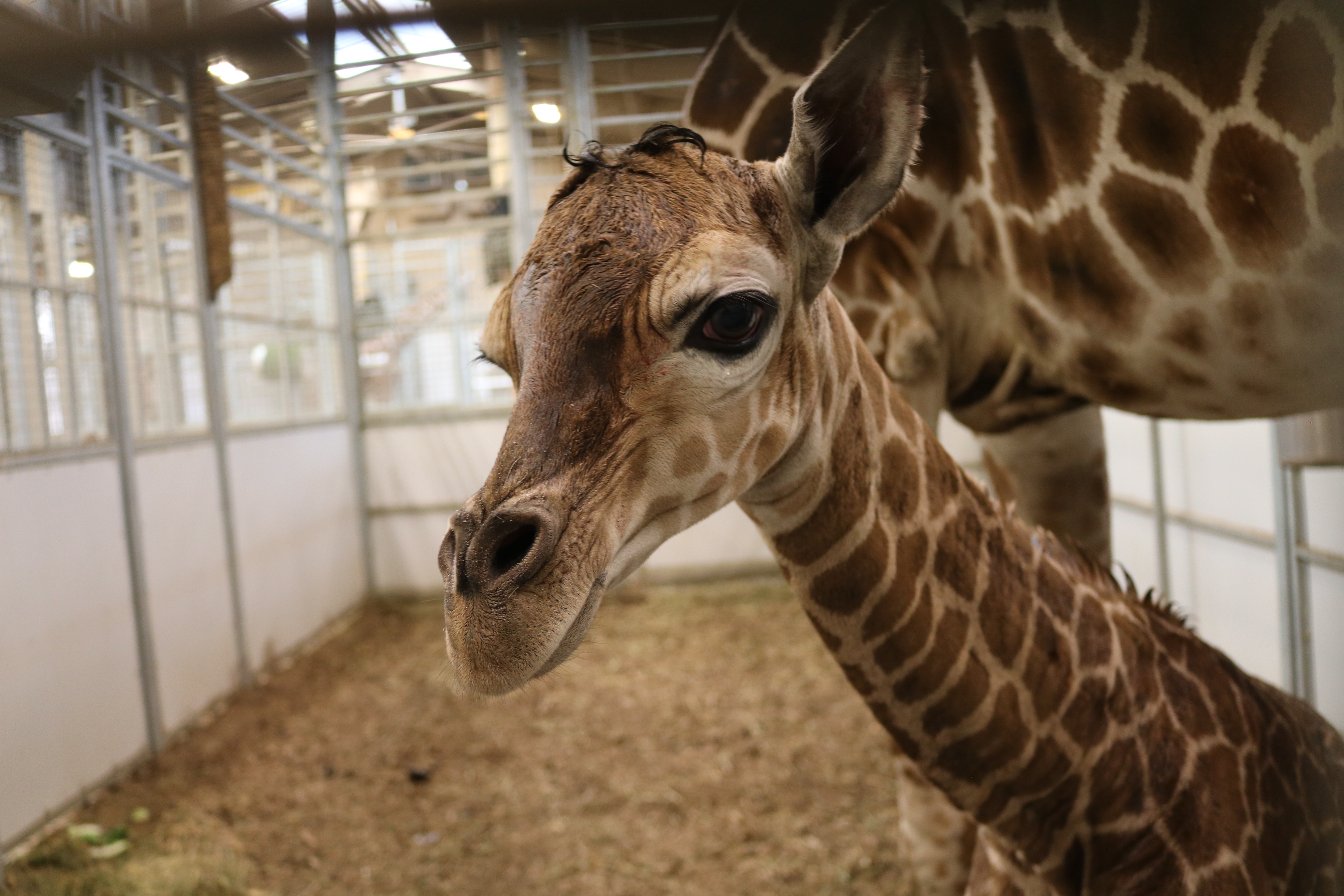